The village was built on a steep slope descending into the sea from the caldera.

Oia is dominated by architecture typical of the entire Cyclades abounding in white houses, sometimes with a light blue finish (roofs, frames, shutters). What distinguishes the architecture at Oia is the fact that some of the buildings are painted in other colors – e.g. orange or salmon. The whole, against the backdrop of a raw, volcanic landscape creates a unique mosaic of colors.

Tight buildings are crossed by narrow (impassable to cars) streets. As on the whole island, we find many churches here – there are over 70 in Oia and the surrounding area.

Many houses have been built into the slope – they are located in tunnels hollowed out in the volcanic cliff of the caldera. These are the so-called Hyposkapha – houses belonging to the less prosperous inhabitants, usually terraced sailors, and people servicing ships.

The Hyposkapha houses carved into the rock are long and narrow, with a semicircular vault. Their fronts are directed (according to the caldera arrangement) – to the south and west. Usually stacked, one above the other (a fragment of the roof of one house is often at the same time a courtyard of the other).

The bricked-in entrance opening is equipped with a door and a pair of windows – one on each side. Usually there is another small window above the door.

The apartment in the cave usually consisted of two rooms, arranged one after the other. The first (front) room served as a living room, and the second – a bedroom (sometimes in the back there were two bedrooms). The rooms were separated by a wall with doors and windows, that looked the same as the facade of the building. This provided access to daylight and fresh air to the interior room. Apart from the part located in the tunnel, sometimes there was an annex with a semi-circular roof near the house. The household also included a bathroom (with a separate entrance from the outside), a small kitchen (located at the back, of the main room – living room) and a utility room. The small courtyard, equipped with a rainwater tank, was surrounded by a low wall and decorated with flower beds.

It is believed that the first such houses on the island were built in the 7th century CE. They were of a defensive nature, and their construction was quite resistant to frequent earthquakes in this region.

The houses were raw, without decorative elements – the residents were mainly interested in obtaining a roof over their heads, they were less interested in the aesthetic value of the building. Usually, they built their houses on their own, from materials available on site, with a small amount of money.

In addition to the characteristic Cycladic buildings in Oia, we also find traces of Venetian rule (primarily the most characteristic Venetian Castle of Agios Nikolaos in Oia), as well as historic manor houses in the neoclassical style – the so-called “Kapetanospita” (literally translated “captain’s houses”).

Kapetanospita are a two-story residences for the elite inhabitants of Oia (mainly ship owners, among whom Oia was particularly popular) built at the turn of the century from local materials – mainly volcanic stones.

They stood out with richer architecture inspired by the Renaissance and neoclassical style, but with elements of local architecture woven in.

On the ground floor there was a kitchen, bedrooms, and utility rooms. On the first floor there was a beautifully furnished living room and a spacious terrace overlooking the sea. The gardens of the residence, usually surrounded by walls, were full of flowers.

The mansions had flat roofs to facilitate collecting rainwater, which flowed through special pipes into the tank – Cistern. In those days, collecting rainwater was the only way to obtain fresh water (there are no natural sources of drinking water near Oia).

Wine production took place in many homes, hence the additional rooms equipped with a special grape press. Some houses were additionally equipped with presses for squeezing tomatoes and mills for grinding fava peas.

Unfortunately, most homes of this type suffered severely in the 1956 earthquake. Some of them have been rebuilt, but some remain in ruins. In recent years, the Oia community has taken measures to rebuild and revitalize the ruined houses of the captain.

In one of these houses, at ul. March 25, 405 (exact address: 25ης Μαρτίου 405, Oia) is the Maritime Museum of Oia. In the remaining parts, there are restaurants and guesthouses. 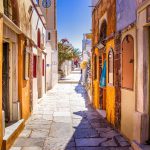 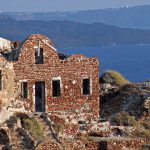 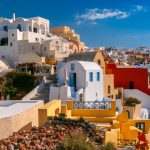 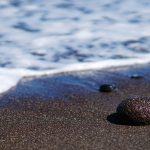 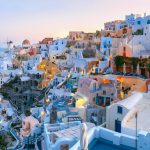 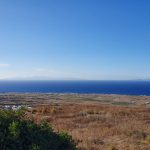 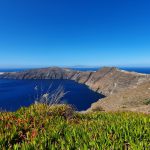 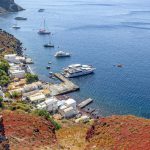 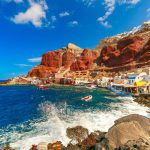 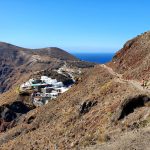 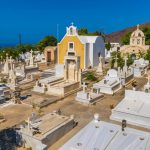 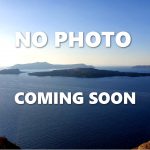 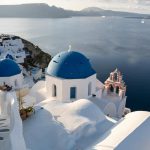 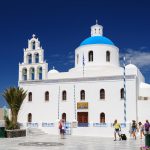 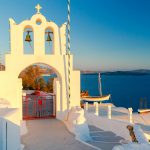 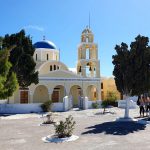 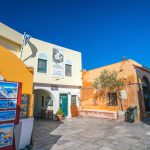 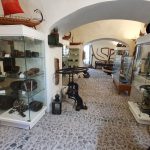 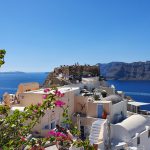 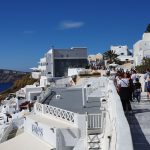 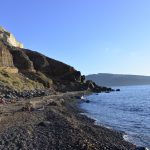 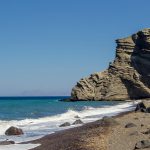 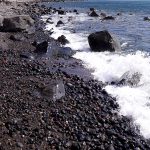 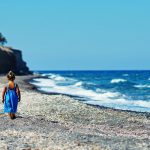 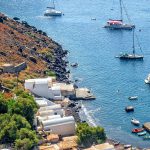 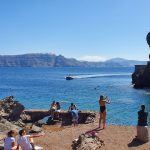